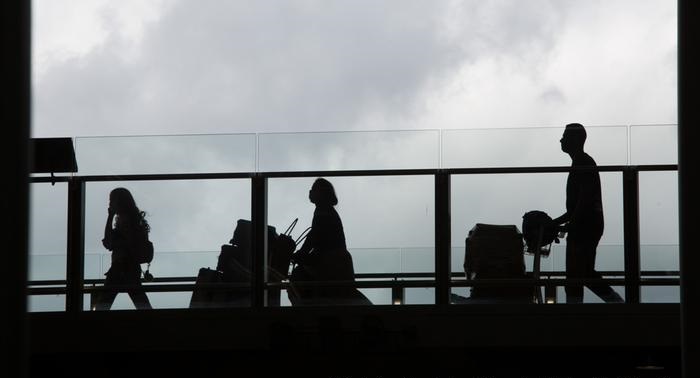 Since June, the EU has recommended the bloc's 27 countries allow the entry of travelers from the US. But a ban remains in place on travelers arriving in the US from Europe.

"We must solve this problem as soon as possible and we are in contact with our American friends," she added. "It must not drag on for weeks."

What is the situation in the US and EU?


Von der Leyen noted that the epidemiological situation in the US and EU countries was "very similar."

The EU has pulled ahead of the US in its vaccine rollout, according to data collected by AFP news agency. The bloc has administered first doses to 59.3% of its population, compared to 57.8% in the US.

But amid spread of the delta variant, coronavirus cases have been increasing in EU countries and also in the US.

The US is currently averaging around 66,606 new cases each day, up from 40,597 last week, according to the US Centers for Disease Control and Prevention (CDC).

What are the current restrictions?


Travelers who spend time in the Schengen Area or the United Kingdom within 14 days before arrival in the US are not allowed entry. The entry ban does not apply to US citizens and permanent residents, nor to their relatives.

The European Council in June advised countries in the Schengen zone to allow nonessential travelers from a list of countries, including the US, Australia, Israel, Japan, South Korea, Rwanda and China. The UK has also lifted mandatory quarantine for fully vaccinated US travelers.

But the US has maintained the restrictions amid fears over spread of the highly contagious delta variant.

Oman to feel the heat of global warming