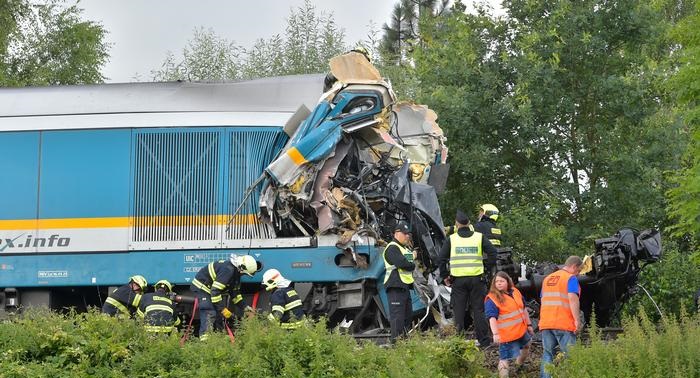 Authorities said victims include the drivers of both engines and a female passenger.

Pictures from the scene show a badly damaged high-speed driver's cab near the track with emergency workers attending to the incident.

Czech police said the German Rescue Cross, an ambulance service from Bavaria and doctors from Cham in southeastern Germany are also at the scene. German police have also offered to assist.


According to local media, the trains that collided were the EX 351 high-speed train from Germany, and the Czech OS 7406 train between the Domazlice and Blizejov stations. According to Czech Railways website, the EX 351 is an express service from Munich to Prague, while the OS 7406 is a regional service.

The crash was reported to have taken place after 6 a.m. UTC.

Transport Minister Karel Havlicek blamed human error for the incident. Havlicek took to Twitter saying: "The EX 351 went through a signal indicating stop...and collided with a passenger train," adding that the situation was serious.

Police have tweeted that they are not looking for any more passengers.

Oman to feel the heat of global warming

NASA, Boeing helping Russia in trying to find cause of cracks on space station