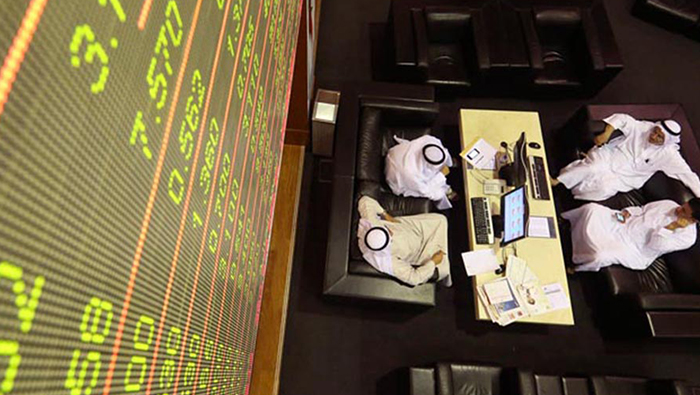 Muscat: The MSCI GCC index posted gains for the tenth consecutive month during August-2021 backed by gains in key large-cap sectors during the month, a new report shows.

The index closed at a 7-year high level on August 17, 2021, but as investors booked profits, the index receded towards the end of the month to close at 708.48 points, registering a monthly gain of 4.3 per cent, Kuwait-based Kamco Invest, an investment strategy and research firm said.

Market performance during the month was broadly positive as barring Oman the remaining six exchanges in the Gulf Cooperation Council (GCC) posted monthly gains.
UAE exchanges reported the highest gains during the month, both recording gains of 5.0 per cent. Qatar and Kuwaiti benchmarks followed with monthly gains of 3.2 per cent and 3.1 per cent, respectively.

The gains in Abu Dhabi once again pushed the year-to-date returns for the benchmark to the highest level among key global markets with a gain of 52.3 per cent. Saudi Arabia’s TASI also showed solid gains of 30.3 per cent since the start of the year followed by Kuwait’s All Share Index with a gain of 22.4 per cent. Qatar and Oman were the only benchmarks with single-digit gains, while the rest of GCC indices showed double-digit performance, the report said.

The sector performance showed mixed returns during the month but highlighted gains for key large-cap sectors.

It also highlighted the effects of waning COVID-19 cases in the region as investors booked profits on sectors that were resilient during the pandemic resulting in a decline in these sectoral indices during August-2021.

Muscat Securities Exchange
The Omani stock market declined for the second consecutive month and was the only market in the GCC to close in the red during August-2021.

The index showed a declining trend since the start of the month only to show partial recovery during the last week. The index traded below the critical support level of 4,000 points during the month and closed at 3,966.7 points with a monthly decline of 1.6 per cent. With a decline during August-2021, the MSX 30 index now shows the second-smallest gain in the GCC at 8.4 per cent.

Sector performance remained mixed during the month with gains of 2.0 per cent recorded by the Industrial index whereas the Services and Financial Indices reported declines of 0.5 per cent and 1.9 per cent, respectively.

The monthly gains further pushed the growth for the Industrial index 38.8 per cent, the highest in the market, followed by Financial and Services indices with returns of 11.9 per cent and 7.1 per cent, respectively.

Trading activity on the exchange showed mixed trends during August-2021. The total volume of shares traded during the month declined for the second consecutive month by 17.7 per cent to the lowest in six months at 281.6 million shares as compared to 342.1 million shares during July-2021.

On the other hand, monthly value traded witnessed a gain of 6.0 per cent to reach OMR56.2 million as compared to OMR93.0 million during July-2021, the Kamco Invest report said.

The index traded above the 11,000 points mark to close the month at 11,319.2 points, registering a monthly gain of 2.8 per cent. The benchmark started the month on a positive note with consistent gains but showed weakness during the mid-month only to recover towards the end of the month.

The monthly stock performance was topped by recently listed Tanmiah Food with a gain of 67.2 per cent followed by Leejam Sports and Bupa Arabia with gains of 26.6 per cent and 21.0%, respectively. On the decliners chart, Gulf General Coop Insurance topped with a decline of 14.9 per cent.

This included double-digit gains for the Industrial index which recorded monthly returns of 17.5 per cent that was mainly led by a 46.7 per cent gain in shares of Arkan Building Materials further supported by gains of 27.1 per cent and 22.7 per cent in shares of RAK Ceramics and Gulf Pharmaceuticals, respectively.

Dubai Financial Market (DFM)
The DFM index bounced back after declining in July-2021 to show a gain of 5.0 per cent during August-2021 sharing the top spot with ADX in terms of index performance in the GCC during August-21.

The DFMGI benchmark closed the month at 2,902.97 points after declining only on six trading sessions during the month. In terms of performance, the index showed gains of 16.5 per cent at the end of August-2021, the fourth highest in the GCC.

The sector performance chart also reflected the solid gains in the aggregate benchmark with all the sectors, barring the Telecom index that showed a marginal decline of 0.3 per cent, showing gains during the month.