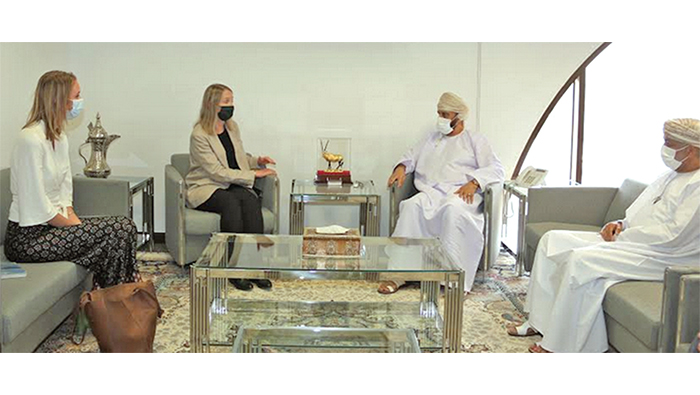 Muscat: The Chairman of the Omani Human Rights Commission (OHRC) has met with the Ambassador of the Netherlands.

Sheikh Abdullah bin Shuwain Al Hosani, met with Stella Kluth, Ambassador of the Netherlands to the Sultanate, at the Committee’s headquarters.

During the meeting, a brief was presented about OHRC, its functions, work mechanism and the role it plays in promoting human rights in the Sultanate, in cooperation and coordination with the competent authorities.

The meeting was attended by Dr. Ali Al Kalbani, Secretary-General of the Committee, HE Shatha Al Zadjali, Director of the Organisation and International Relations Department, Iman Al Saidi, a specialist in international organisations and relations, and from the Dutch Embassy, Laura Claire Devosses, Second Secretary for Political Affairs.