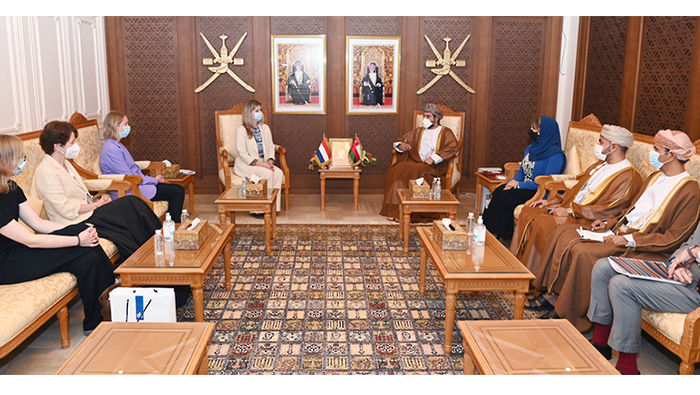 The two sides reviewed the advanced relations between the two countries and discussed prospects for trade and investment cooperation in the sectors of food industries, logistics, ports, water resources, hydrogen and others.

They also explored means of augmenting the volume of trade exchange between Oman and the Netherlands, as well as highlighting the investment and business climate in both countries. They also touched on means of alluring Dutch companies to invest in Oman.

The meeting was attended by Aseela Salim Al Samsamiya, the ministry's undersecretary for Investment Promotion.