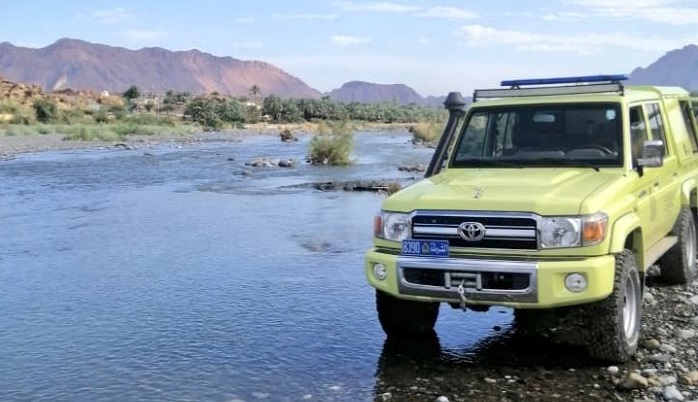 CDAA has urged people not to risk crossing overflowing wadis.

Muscat: Due to the impact of rainfall that several governorates of the Sultanate of Oman witnessed on Wednesday, some valleys have overflown, the Civil Defence and Ambulance Authority (CDAA) has urged people not to risk crossing them.

"Some valleys in the South Al Batinah Governorate have been flooded. We ask everyone to take precautions and follow the preventive instructions during the rains and the flow of the valleys, in order to avoid dangers, " CDAA said in a statement.

The authority stated some preventive instructions during rainfall and the flow of valleys; to avoid the dangers of drowning, including not to risk crossing the valleys, to stay away from the valleys and low lying places, and to pay attention to children and not allow them to approach water gatherings.

CDAA added that to prevent lightning strikes when it rains, you should avoid standing under trees and avoid using telephones and electrical appliances, in addition to not leaving the house unless absolutely necessary. Stay away from electricity poles, avoid touching metal objects, and follow weather forecasts from their official sources to avoid the danger of lightning strikes during rainfall.