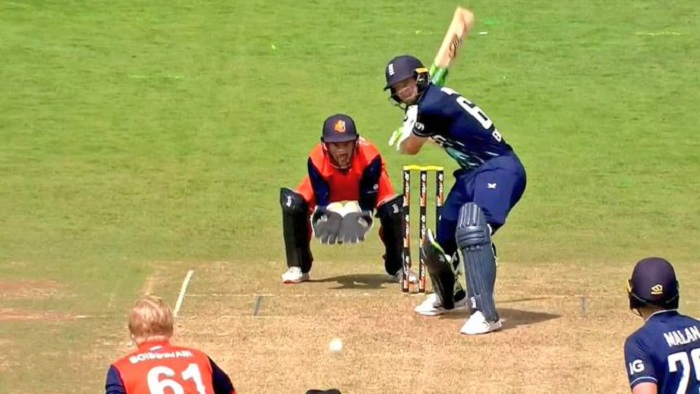 Amstelveen: England batters smashed a plethora of records on Friday as Phil Salt, Dawid Malan and Jos Buttler wreak havoc on the Netherlands to post the highest ODI total ever of 498/4.

It will be fair to say neither anyone nor Netherland expected this to happen as they opted to field first against England in the first ODI. In the first of a three-match ODI series in the Netherlands, England posted 498/4 in 50 overs - beating their own record of 481/6 against Australia which they set almost four years ago.

He was followed by power hitter Liam Livingstone who started off his innings like there's no tomorrow and reached to fifty in no time. Livingstone scored a quickfire 66* off 22 deliveries at a strike rate of 300.00.

Livingstone reached the 50 mark in just 17 balls and registered the fastest half-century by an English batter in the history of the game. He also registered the second quickest fifty in ODI cricket finishing one short of AB de Villiers' record of 16 balls set in 2015. This was the first time England has ever had three batters score hundreds in one ODI innings.

In the process of hammering Dutch bowlers, Dawid Malan has joined an elite club after notching his maiden ODI century for England. Malan became just the third England batter to score a century in all three formats. England women's skipperHeather Knight was the first to achieve this great feat after slamming 108 runs off 66 balls against Thailand in the Women's T20 World Cup back in 2020.