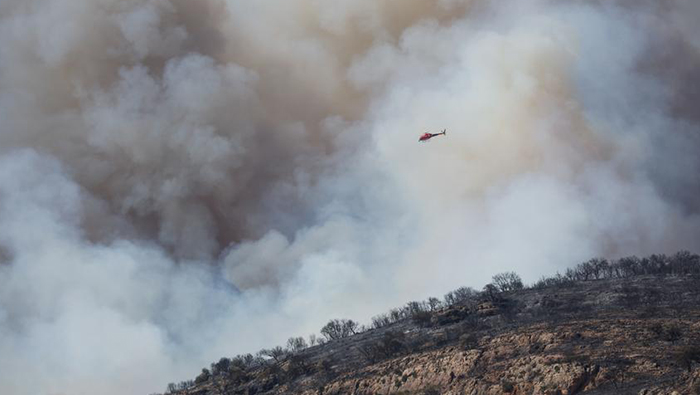 Brussels: A number of Western European nations experienced record temperatures on Saturday, where the mercury rose above 40 degrees Celsius (104 Fahrenheit).

The European Commission's Copernicus Emergency Management Service said the fire risk was "extreme" and "very extreme" in much of Spain, France and Italy.

The 27-nation bloc has put 12 firefighting planes and a helicopter on standby to assist countries struggling with major blazes.

In Germany, firefighters have already been tackling several wildfires, including one Friday south of the capital, Berlin. A federal police helicopter was deployed to dump water over the site of the blaze, near Frohnsdorf.

The German Weather Service (DWD) warned of high UV levels amid temperatures of up to 38 C (100.4 F) in some places and said Sunday could be equally hot due to reduced nighttime cooling, particularly in built-up areas.

Water rationing has been introduced in some parts of the country after an unusually dry spring.

German Health Minister Karl Lauterbach posted a reminder on Twitter that the heat and a lack of fluids "can be deadly for the elderly."

In Spain, the heat wave began a week ago and temperatures reached 40-42 Celcius on Saturday.

Forest fires burned nearly 20,000 hectares (50,000 acres) of land in the northwestern Sierra de la Culebra region over the past two days and were "still active," according to a tweet from the regional government.

Fires were also reported near the Puy du Fou theme park in central Spain, where more than 3,000 were evacuated, and in woodlands in Catalonia.

On Saturday, "red" heat alerts were issued for the autonomous communities of Aragon, Navarra and La Rioja.

Spain already had its first heat wave at the end of May, with temperatures rising 15 C above the seasonal average. Last month was Spain's hottest May since the beginning of the century.

In France, state weather forecaster Meteo France said June temperature records had already been beaten in 11 areas on Friday. It said the southwestern town of Biarritz, one of the country's most sought-after seaside resorts, saw its highest alltime temperature Saturday of 41 degrees.

In a major incident, a fire triggered by the firing of an artillery shell in military training in the Var region was burning some 200 hectares (495 acres) of vegetation, local authorities said. Forest fire warnings were issued from the Pyrenees in the south to the Paris region.

A Meteo France climatologist, Matthieu Sorel, said it was the earlier heat wave recorded in the country since 1947, calling the weather "a marker of climate change."

In Italy, several towns in the north have introduced water rationing and the Lombardy region may declare a state of emergency amid a record drought that has devastated harvests.

The UK recorded its hottest day of the year on Friday, with temperatures reaching over 30 C in the early afternoon, meteorologists said.

Experts say the unseasonable weather is a harbinger of things to come if human activities continue to emit greenhouse gases that cause the Earth to warm at a dangerous rate.

"As a result of climate change, heat waves are starting earlier," said Clare Nullis, a spokeswoman for the World Meteorological Organization in Geneva.

"What we're witnessing today is unfortunately a foretaste of the future," she added,

"In some parts of Spain and France, temperatures are more than 10 degrees higher — that's huge — than the average for this time of year,'' she said. 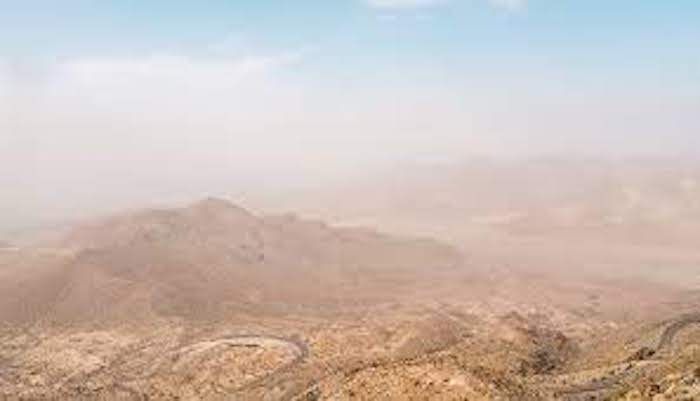 Beware of dust storms on this road in Oman