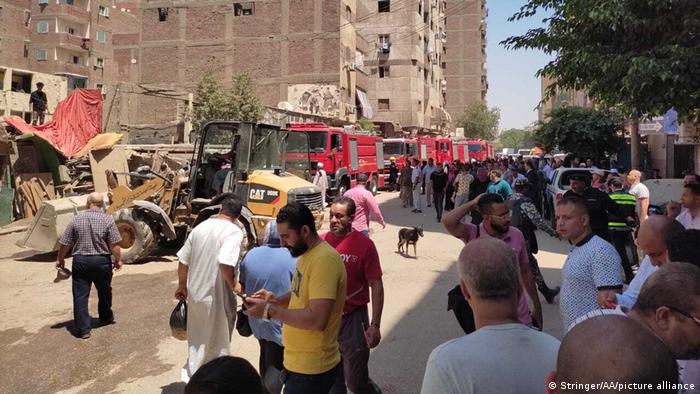 Fire services say the blaze was successfully brought under control

Egyptian officials on Sunday said an inferno had torn through the Abu Sifine Coptic Christian church in Cairo's northwestern ditrict of Imbaba, killing dozens of worshippers.

The blaze is one of the worst fire tragedies Egypt — a country where safety standards and fire regulations are not strictly enforced — has seen in recent years.

"I am closely following the developments of the tragic accident,'' Sissi wrote on Facebook. ``I directed all concerned state agencies and institutions to take all necessary measures, and immediately to deal with this accident and its effects," Sissi wrote.

Although the cause of the blaze, which killed at least 41 people — has yet to be determined, a police statement said that initial investigations pointed toward an electrical short circuit.

Egyptian Interior Ministry officials said they had found that the blaze started in an air conditioner in the building's second story.

Copts, the largest Christian community in the Middle East, make up at least 10 million of the Egyptian population of 103 million.

The minority has suffered deadly attacks by Islamists, particulary after Sissi toppled former Islamist president Mohamed Morsi in 2013. Assailants have targeted houses, schools and churches, burning them down.

The community has complained of discrimination in the majority Muslim north African country, the Arab world's most populous.

India's growth story will be second to none in the world: Goyal

West plundered India, is ready to provoke colour revolution in any country: Putin