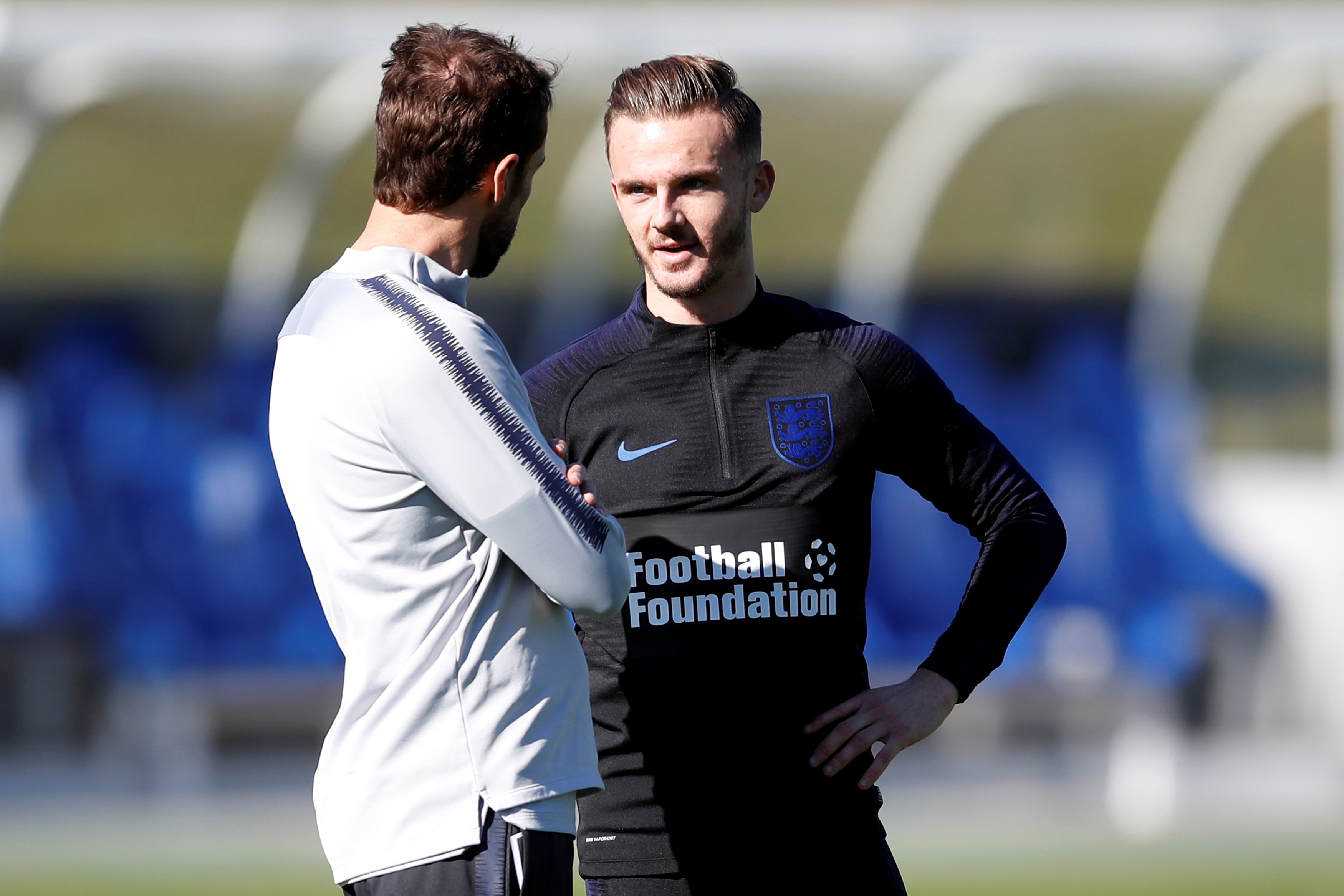 BURTON ON TRENT, England: Leicester City midfielder James Maddison has only been in the Premier League for two months, but his impact has been such that he is now being tipped as a missing creative link in Gareth Southgate's England side.
After a 22 million pounds ($29 million) close-season move from Championship (second tier) Norwich City, Maddison has played all eight games in the Premier League and the number 10 is now in line to face Croatia and Spain in England's Nations League matches.
The 21-year-old is unlikely to be overawed.
His Premier League debut came at Old Trafford against Manchester United on the televised opening Friday of the season and he left observers purring at his classy display despite Leicester falling to a 2-1 defeat.
"There was a moment in the warm-up when the crowd was filling up and it just hit me that this was the Premier League. You see all these TV cameras around the pitch, which you don't get at Championship level, and I thought: 'I've worked hard to be here. I deserve to be here. I belong here'," he told reporters.
"I did well on the day and we put in a good performance and maybe could have got more out of the game. There is no bigger stage than Old Trafford on the opening day of the season, or Friday night. That was a dream I will never forget," he said.
There was certainly no sign of nerves as he showed his creativity and invention up against United's World Cup winning midfielder Paul Pogba.
It was a display that immediately suggested he could be the missing link for Southgate in the role between midfield and attack, where England are not blessed with an abundance of creative talents.
"I always had the confidence," he said. "I went into pre-season with the mind-set of 'Be fearless, go and show everyone what you can do'.
"If, just because it's the Premier League, I started trying to play the simple pass instead of trying the harder pass that is not the type of person I am to be honest.
"I went in with an open mind and it has worked out well. I'm really enjoying it and loving life in the Premier League," he added.
While he acknowledges that he is a new face in the England set-up, the midfielder will not be a shrinking violet.
"You have to come here and be yourself," he said. "If you come here and act like the new kid or the young lad then I don't think it will work. Gareth (Southgate) said to me: 'Go and show what you are about and why you are here'.
"I've always believed in myself. One of my biggest attributes, if you speak to my coaches from when I was a young lad, is that I've always believed in my own ability and been a confident young man.
"There's never been a point when I've questioned myself. If I've ever had a setback at a club I've always made it my mission to show why I should be in the team instead of dwelling on it."
Maddison says he is at the right club for a player looking to break into the England team, with Leicester centre back Harry Maguire and left back Ben Chilwell also in Southgate's squad.
That was a factor, he said, behind his move from Norwich.
"We have a really good English spine at Leicester at the minute," he said.
"I looked at the Leicester squad and saw Harry and Jamie (Vardy) as regulars in the England set up, I thought that is where I want to be, that is where I want to get to.
"I was a little bit off it at the time but (I thought) that is eventually where I want to be, alongside those guys and here we are. So I am very happy with the decision I made. It is going very well."