Asian markets mixed ahead of Fed, oil struggles to recover 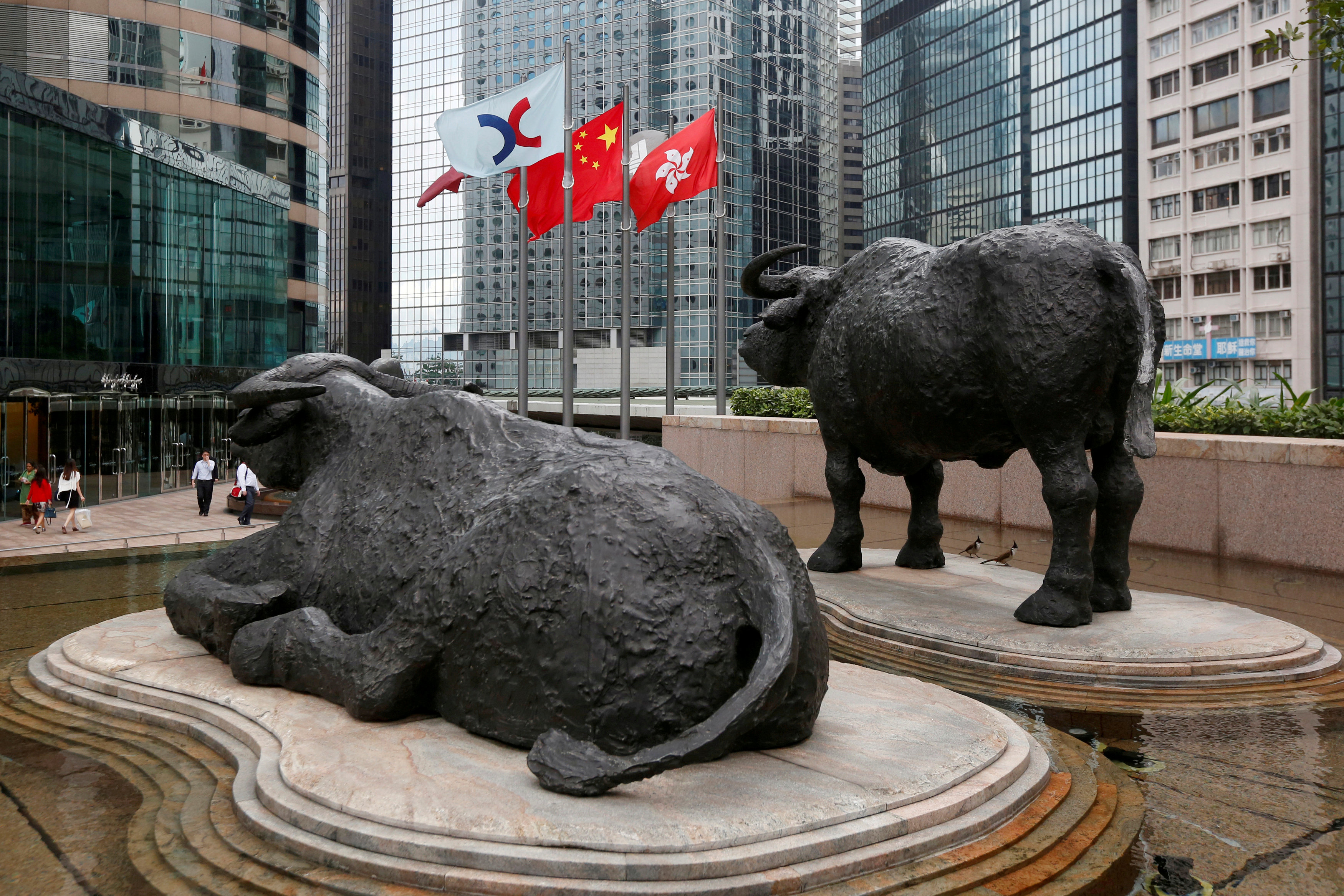 Hong Kong: Most markets were mixed in Asia Wednesday as investors moved cautiously after the previous day's sell-off, while focus is on a Federal Reserve policy decision with opinions split on whether or not it should hike interest rates again.
Oil prices also edged up but were struggling to make a dent in the steep losses sustained Tuesday as traders fret over a global supply glut, higher production and the outlook for demand.
With the US economy still healthy, the Fed's board has been steadily lifting borrowing costs for the past couple of years as it treads a fine line between maintaining growth and keeping inflation in check.
However, its last meeting of 2018 has taken on major significance as the sell-off in equities this year, signs of slowing across the planet — including the US — and a series of other negative factors including the China trade row put pressure on the bank to pause.
Donald Trump has spent most of the year lambasting the Fed for its policy of monetary tightening and has called on it "not to make yet another mistake" on Wednesday.
And while the bank has ignored the president's calls — and is tipped to hike again before slowing the pace next year — a number of economists and commentators are also now suggesting a break could be in order.
"While US economic signals are not flashing red, to keep the US economic momentum heading in the right direction many market participants believe the Fed should provide investors with some breathing room (as) higher interest rates coupled with tighter liquidity conditions have sent equity markets on a downward spiral since October," said Stephen Innes, head of Asia-Pacific trade at OANDA.
'Sign of weakness'
But Tai Hui, chief market strategist for Asia-Pacific at JP Morgan Asset Management, warned that such a move could have bad consequences.
"The important point to note for this... meeting is whether the committee's median forecasts on the policy rate will have been impacted by recent market volatility," he said.
"Given the cautious market sentiment, a slower pace of rate rises could be interpreted as a sign of weakness and put more pressure on risk assets."
Uncertainty stalked Asian trading floors Wednesday. Hong Kong edged up 0.2 per cent but Shanghai was down 1.1 per cent.
Tokyo lost 0.6 per cent, with shares in the mobile unit of telecom titan SoftBank plunging 14.5 per cent on their debut despite a record-breaking IPO that raised more than $23 billion.
Sydney slipped 0.2 per cent but Singapore gained 0.6 per cent, Seoul jumped 0.8 per cent and Wellington was 0.9 per cent higher.
Taipei added 0.7 per cent, Manila and Jakarta rallied more than one percent, and Mumbai and Bangkok each put on 0.3 per cent.
Adding to nervousness is the prospect of a US government shutdown with Trump and congressional leaders at loggerheads over funding for his Mexican border wall. Several departments are expected to close if a deal is not agreed by the weekend, with both sides digging in their positions.
Energy firms were among the worst performers after oil prices tanked Tuesday, with Brent more than five percent lower and WTI shedding more than seven percent. Both main contracts edged up marginally in early Asian trade.
The losses came on worries about Opec and Russia's commitment to slash output — as they pledged last month — a US government report forecasting surging shale oil production and concerns about the impact on demand from a slowdown in the global economy.
"The toxic combination for oversupply worries and global growth distress should see oil prices languish into year-end as negative momentum is leading price action while the holiday season is keeping investor money parked on the sidelines," said OANDA's Innes.